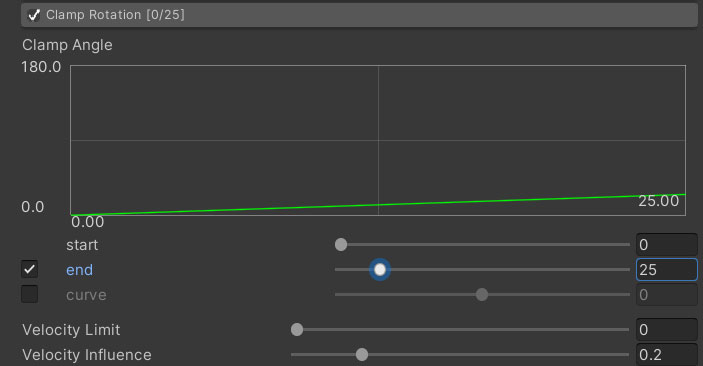 It is possible to limit the angle that can be tilted relative to the parent.
This makes it possible to control the bangs, etc., so as not to lose their original shape.

The following example sets the angle limit of the bangs from the start point (0 degree) to the end point (25 degrees). 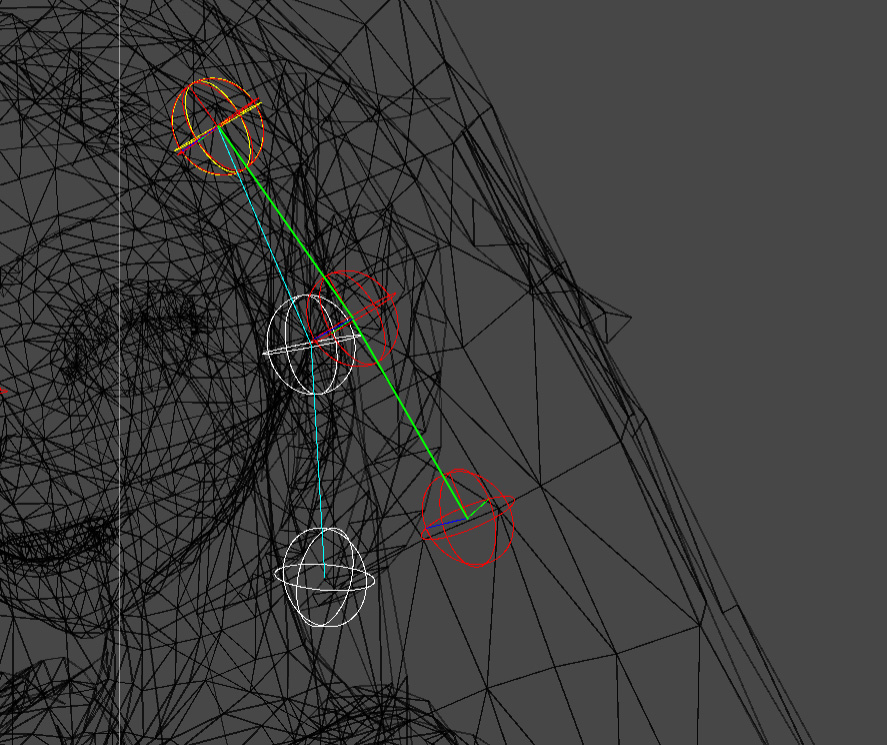 The green line is the original particle position.
You can see that the current light blue lines are limited by the angle from the midpoint (12.5 degrees) to the end point (25 degrees).

Clamp Rotation performs a process of gradually restoring the angle at each simulation step.
For this reason, if the character moves at high speed and a strong force is applied, the restoration will not be in time and the character will collapse.
The VelocityLimit parameter limits the speed and stabilizes the angle limit during this abrupt movement.
The following example is the difference between when the speed limit is disabled (left) and when it is enabled (right).
(The angle limit is 0.0-15.0)

Basically, it is recommended to set the initial value to (1.0). 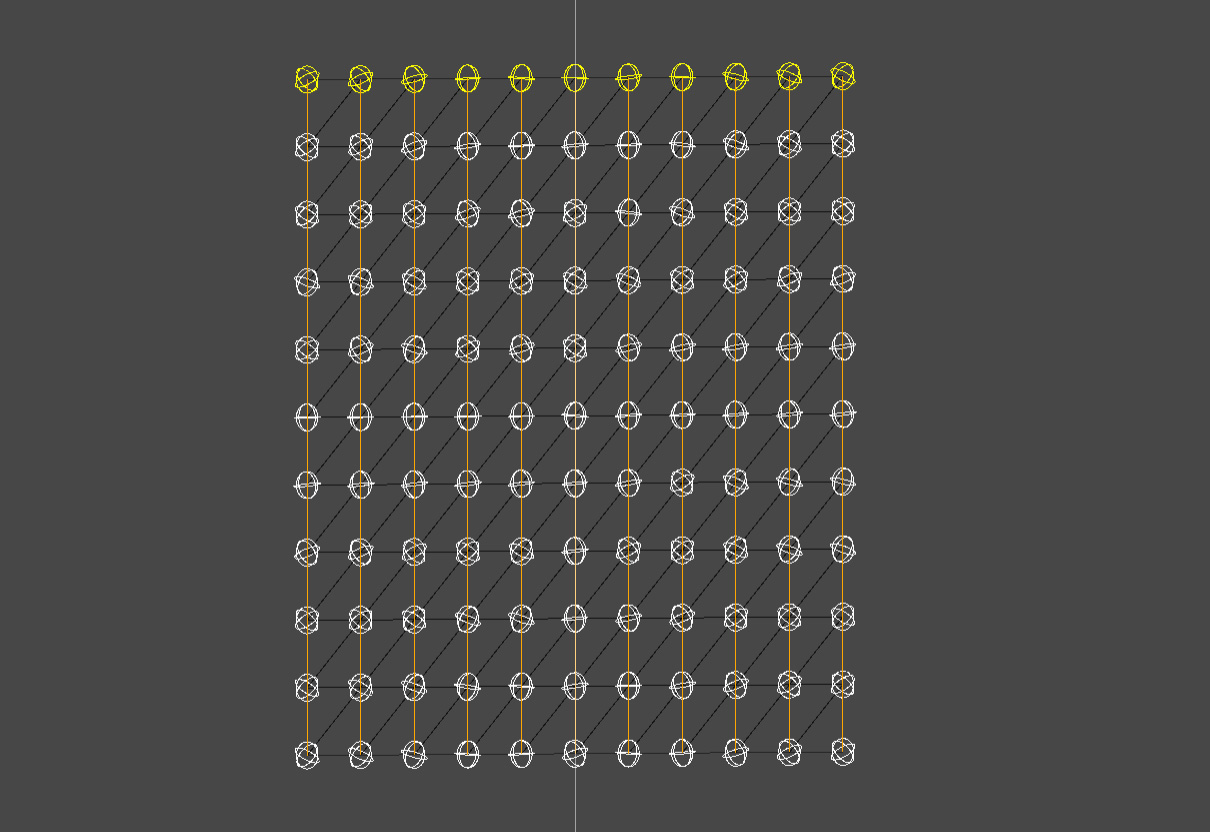 The orange line indicates the parent-child relationship of the particles.