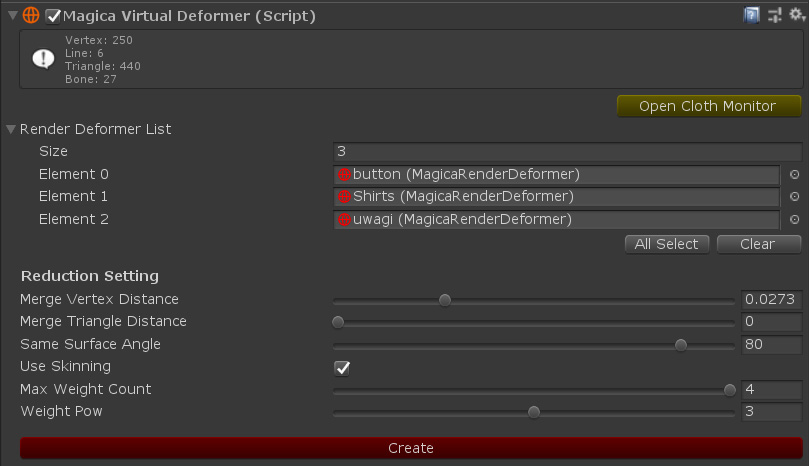 The reduction can be adjusted by controlling the following three parameters.

The behavior of writing back to the render deformer can be adjusted by controlling the following three parameters.

The following shows the specific operation of reverse skinning. 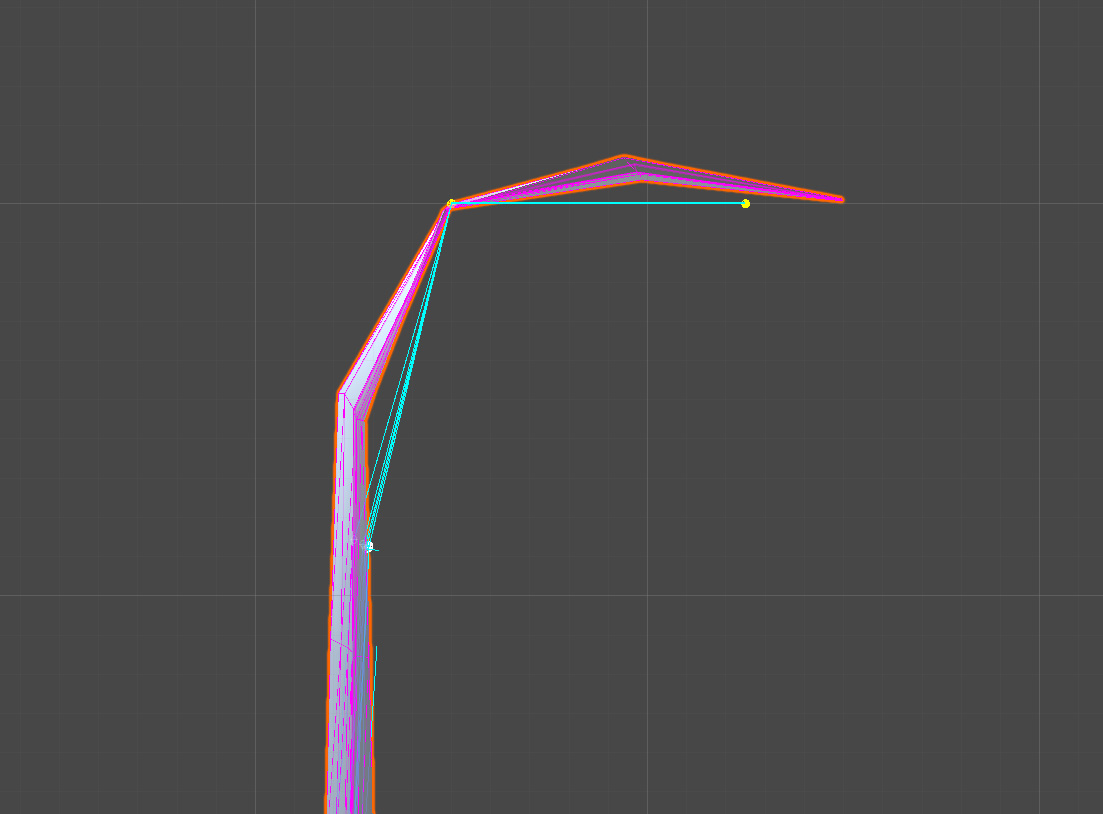 The light blue line in the image is the current position of the virtual deformer.
In other words, it shows the result of cloth simulation.
The purple line is the position of the mesh vertex that is actually displayed with reverse skinning.
Note that inverse skinning will cause the actual mesh vertex positions to be displayed interpolated from the associated virtual deformer vertex positions.