Here we will explain the structure and keywords of MagicaCloth.
Basically, you don’t need to be familiar with these things, but you need to know some keywords to read future guides.

MagicaCloth is made up of the following components.

The function to deform the mesh is called “deformer”.
MagicaCloth attaches this deformer to the renderer and performs vertex deformation of the mesh.
Deformers are a required component for MeshCloth / MeshSpring.

Each point controlled by the physics engine is called a particle.

The Exsample folder can be deleted because it is not necessary to execute MagicaCloth.

The parameters that control cloth have many properties, and it is difficult to grasp everything from the beginning.
Therefore, the parameters of the frequently used cloth control (hair, accessories, skirt, etc.) are recorded as presets.
In cloth setup, it is easy to load this preset first and then adjust while watching the movement.
Presets can also be saved independently, allowing users to create and reuse their own presets or distribute their own presets to other users.
Built-in preset files are included in the MagicaCloth/Res/Preset folder. 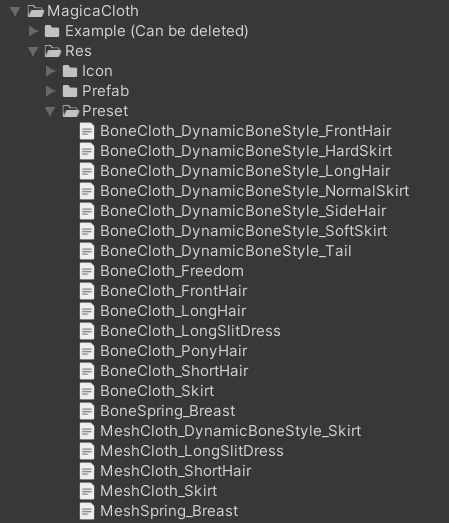 There is a “cloth monitor” to check the status of each component and the current status of the physical manager. 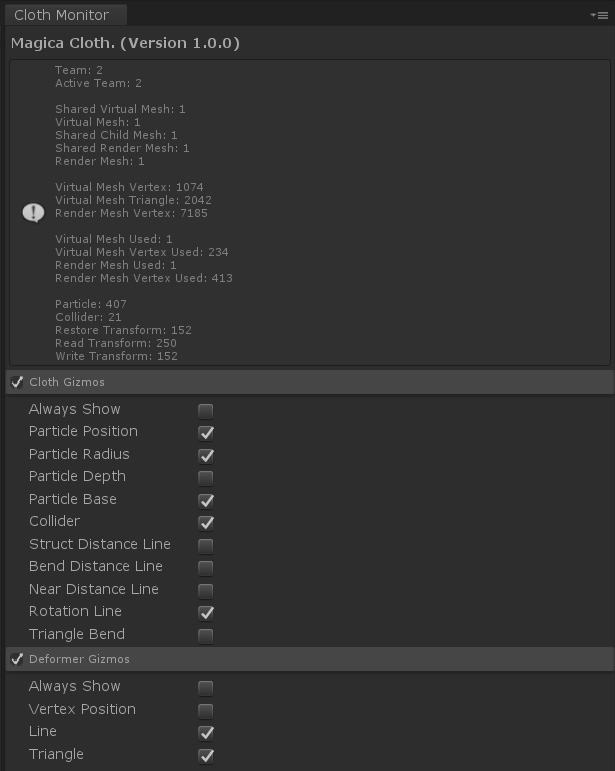 The cloth monitor allows you to display the gizmo status of the cloth team and deformer in the scene view.
This is an essential tool for adjusting your MagicaCloth.
To start, select [Tools/Magica Cloth/Cloth Monitor] from the menu or press the [Open Cloth Monitor] button for each component.

If the gizmo is difficult to see, switch the scene view to wireframe display for easier viewing. 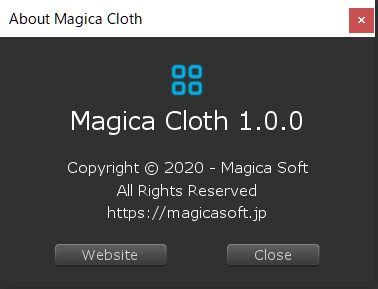