PhysicsManager is a manager that manages the entire Magica Cloth component.
One is required for each scene.

In order for MagicaCloth to work, the MagicaPhysicsManager needs to be placed in the scene.
It is already prefabricated, so place the next prefab in your scene.
Also, be sure to place the prefab on the Hierarchy route (see below). 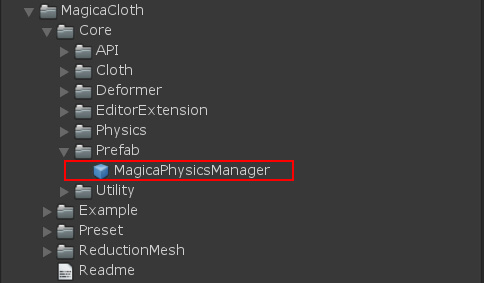 Set the frequency of updating the physics engine of MagicaCloth.
Basically, there is almost no problem with the default settings, but there are cases where it is advantageous to adjust the settings for the project in terms of performance. 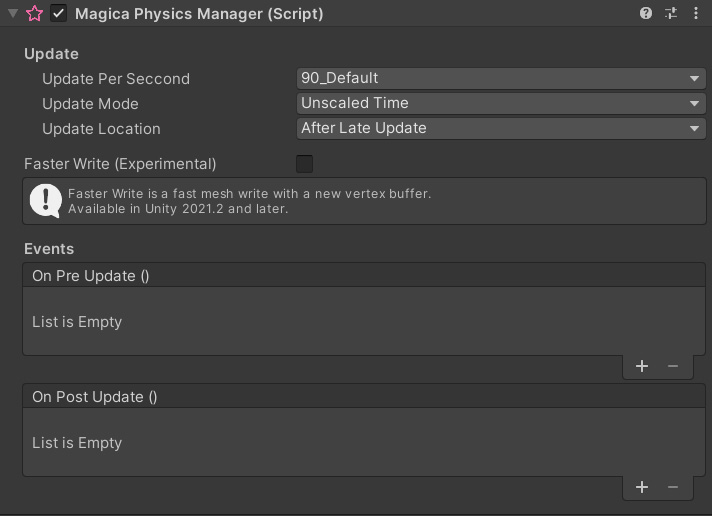 Manager is not destroyed

The PhysicsManager is set to not be deleted when the scene is destroyed.
Basically, by placing it in the scene that will be loaded first in the game, it will always be active during the game.

The second manager is destroyed, but the settings are copied

If a second manager is found, it will be destroyed.
However, that manager’s settings are overwritten by the current manager.

By setting UpdateMode to [Delay Unscaled Time], the cloth simulation will be executed even during rendering. 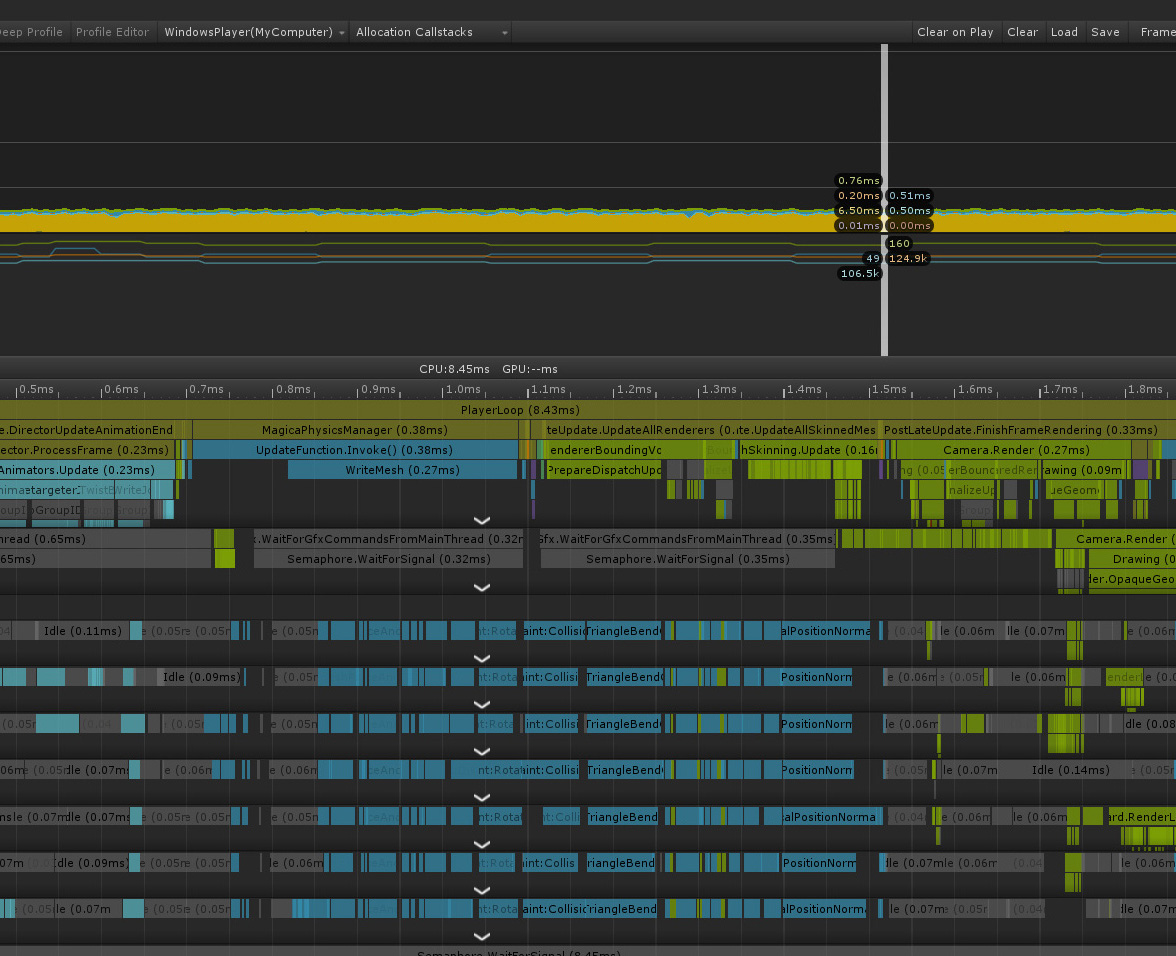 This can greatly improve performance, but note that the result is one frame later.
However, this delay can be interpolated by future prediction.

Next is a comparison image of the future prediction.

In the left image, the foot passes through the cloth because it is delayed by one frame.
However, the image on the right does not penetrate because it is interpolated by future prediction.