BoneSpring can swing a bone (Transform) by a spring.
Here we will explain how to set up BoneSpring using a Cube model. 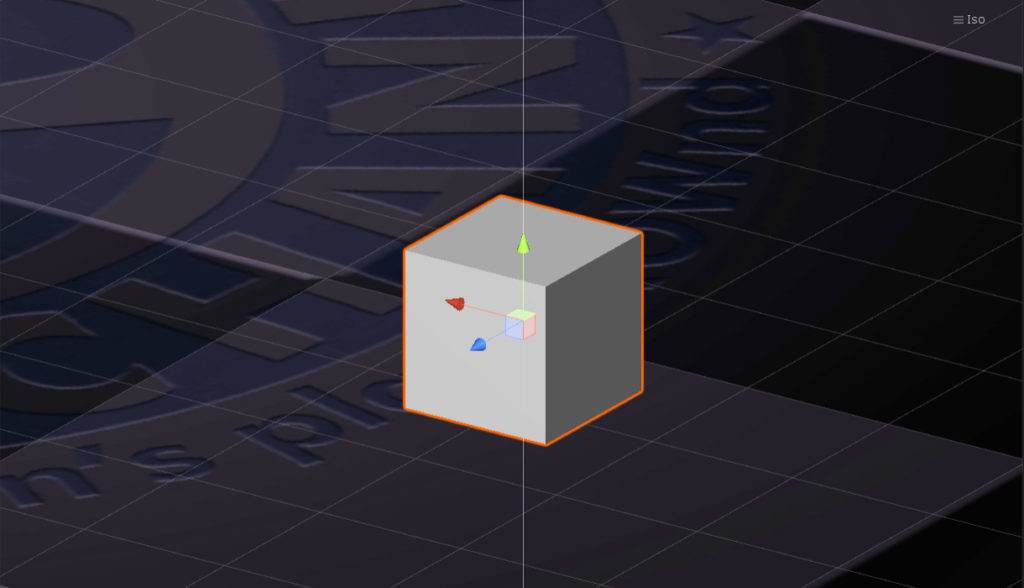 Add BoneSpring.
Right-click in the Hierarchy window and select “Magica Bone Spring” from the menu as shown below.
A BoneSpring object is created. 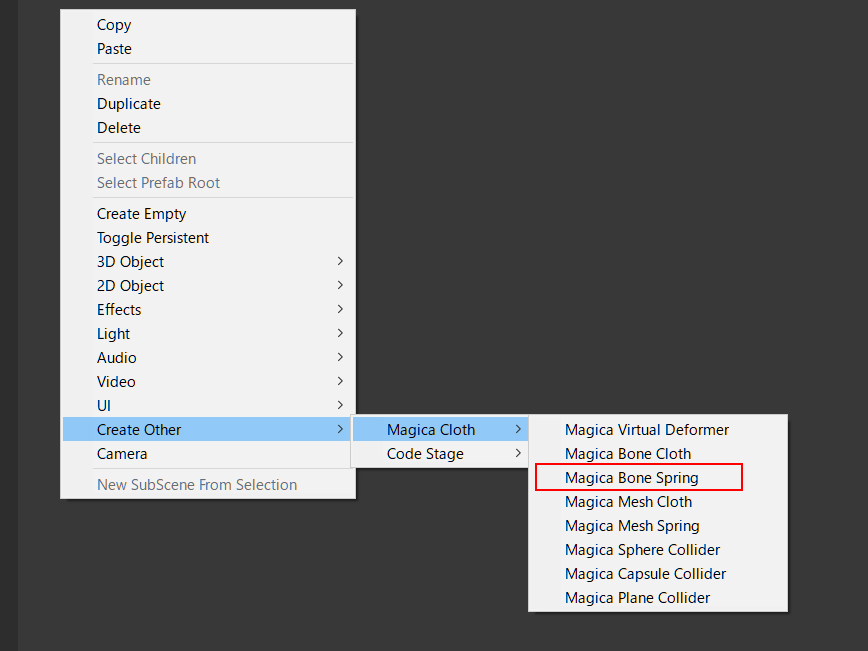 You can configure BoneSpring from the inspector.
Currently, an error has occurred because no data has been set. 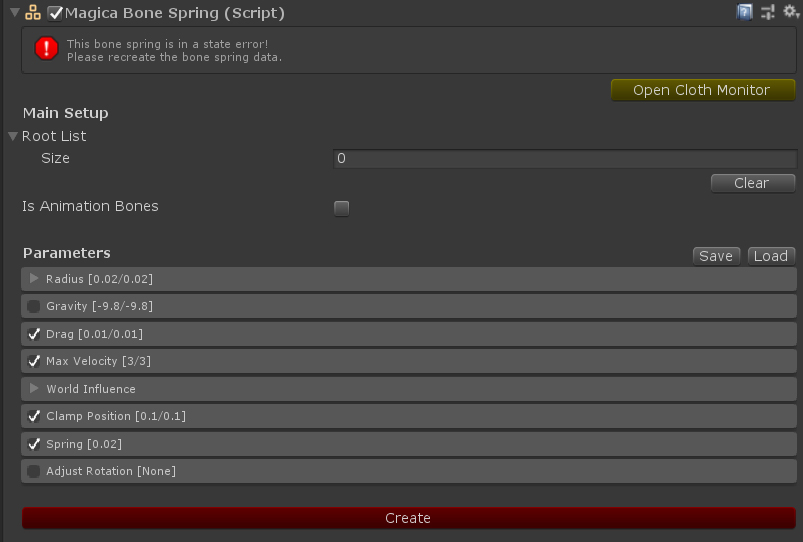 First, register the Transform to be shaken.
Register Cube Transform in RootList.
If the same parameter control is performed, there is no problem even if multiple Transforms are registered.

Set the parameters that control the behavior of the spring.
Just like BoneCloth, let’s load presets and set up easily.
Press the [Load] button to the right of [Paramaters].

Select and load the built-in preset [BoneSpring_Breast.json] from Explorer.
Build-in presets are located in the MagicaCloth/Preset folder.

You have now set most of the parameters for the bone spring.
(* Adjustment is necessary according to the scene used from here)
Now that a series of settings has been completed, press the [Create] button to create the data.

The setting is completed when the status icon of BoneSpring changes to “white”.

When the build is complete, let’s actually run Unity and test.
After execution, you can confirm that the Cube shakes by moving the above Move Transform in the scene view.
This completes the basic setup of BoneSpring.

By setting the [Clamp Position] parameter, it is possible to specify the limit range to move.
Movement restriction can be performed for each XYZ axis. 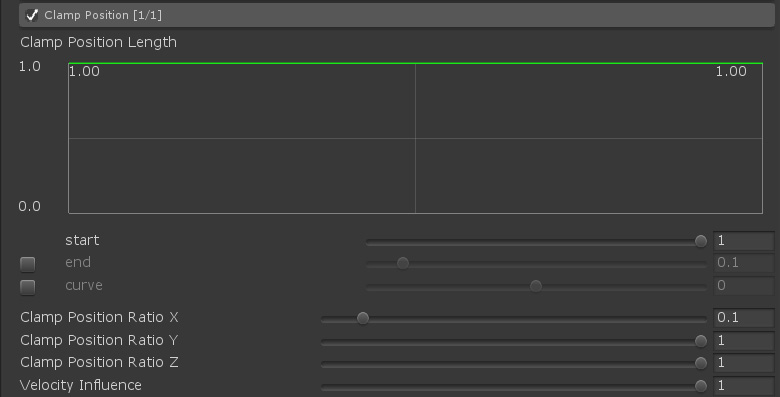 By setting [Adjust Rotation], it is possible to add rotation to the Root Transform according to the distance moved by the spring.
(* Off (None) by default)

Specifically, when moving the Cube with the Z axis in front as follows, set XY Move and set Adjust Rotation Power to about 5, it is possible to tilt the Cube as it moves as follows It becomes.