Unity 2019.4.31 (LTS) or higher is required for MagicaCloth to operate.
Also, since the Burst and Jobs or Collections packages are required for operation, please execute the following setup in order.

Select the [Burst] package as shown in the image and install it. 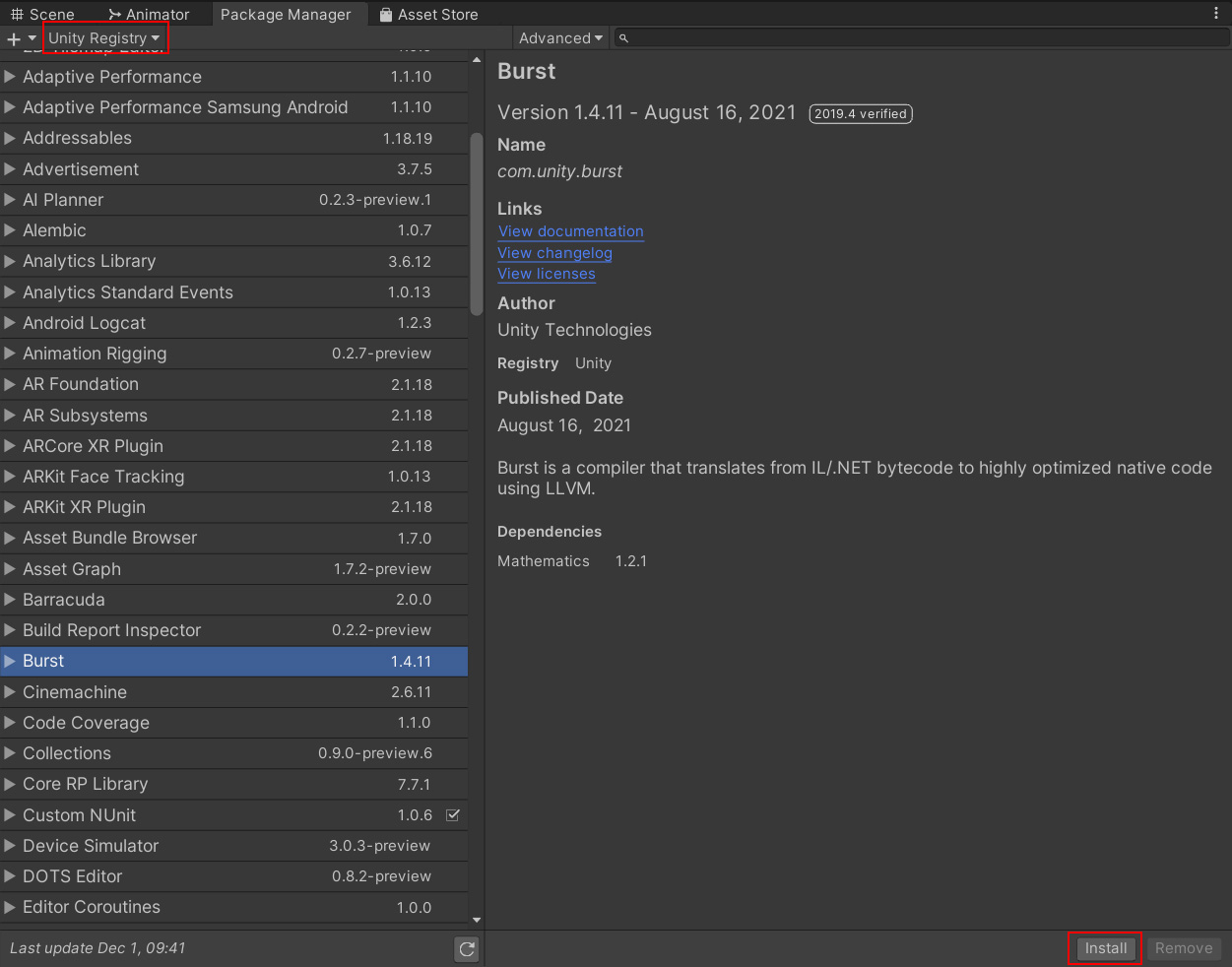 For Unity2020 and later, install the Collections package in the same way as Burst. 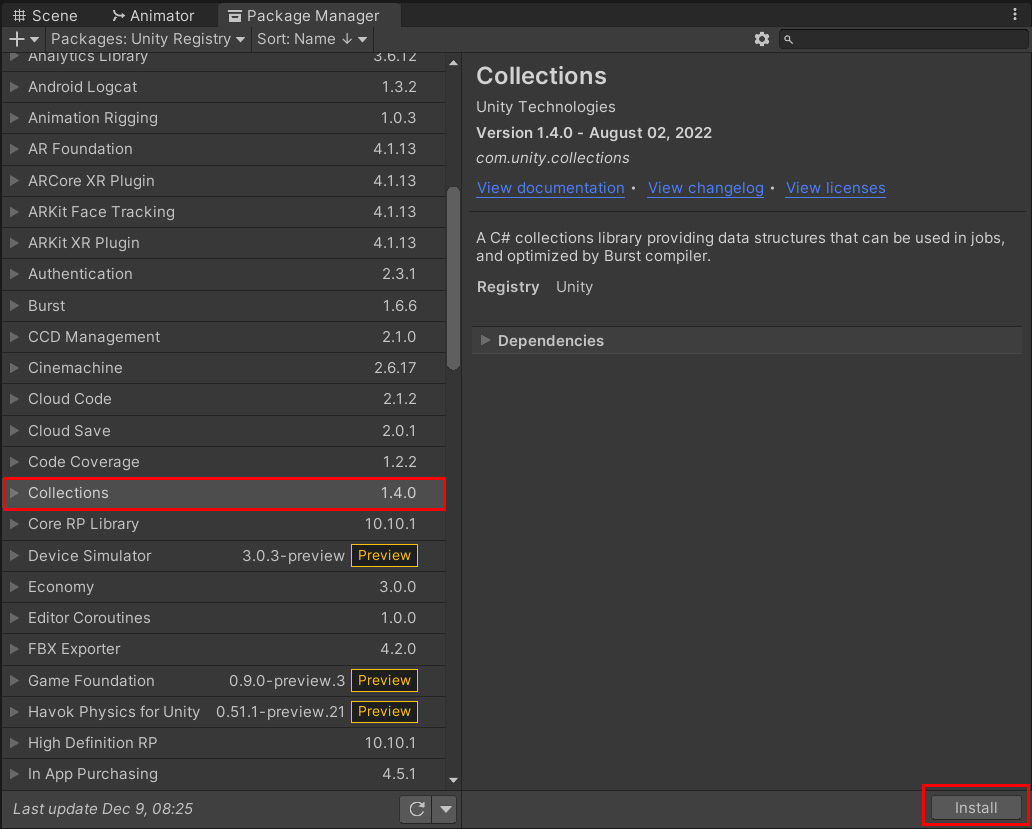 In Unity2019 you need to install the Jobs package instead of the Collections package.
First, set the preview package display settings.
Start [Window]-> [Package Manager] from the menu.
Jobs are still (preview), so you need to select Show preview packages from the Advanced menu to see the (preview) packages.

When the preview package appears in the list, install the Jobs package as follows. 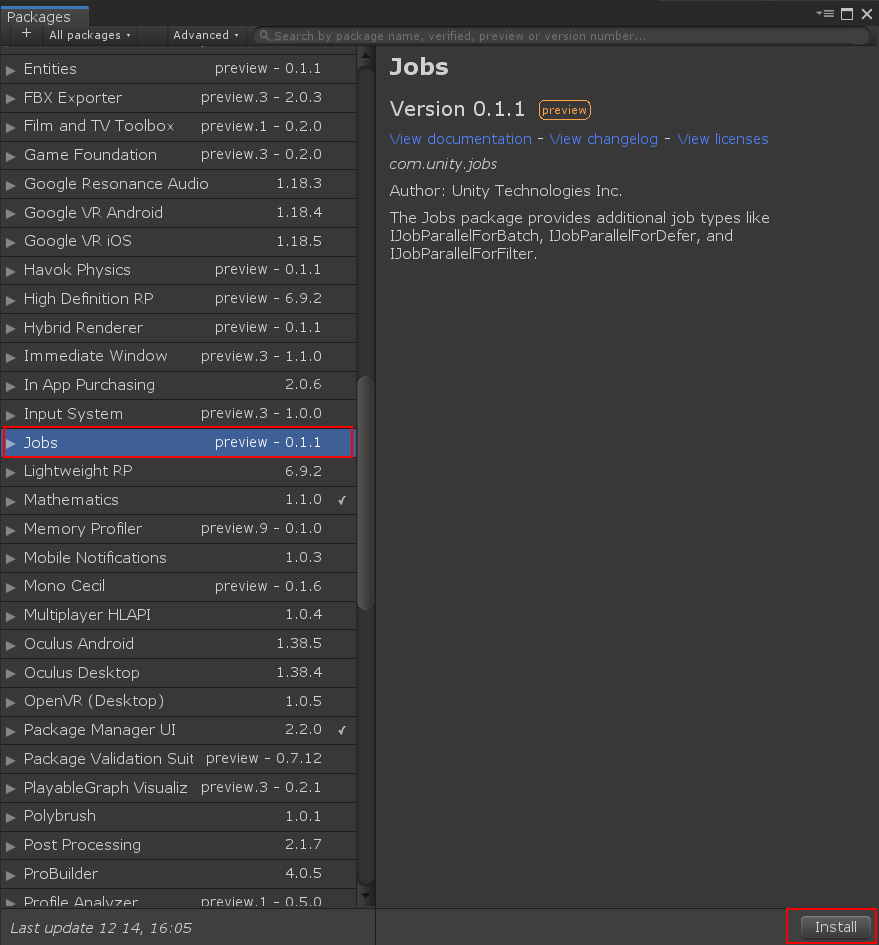 Also open Package Manager from the menu and select My Assets.

Select Magica Cloth from the list to download and import the latest version.
Packages are organized in the Assets/MagicaCloth folder. 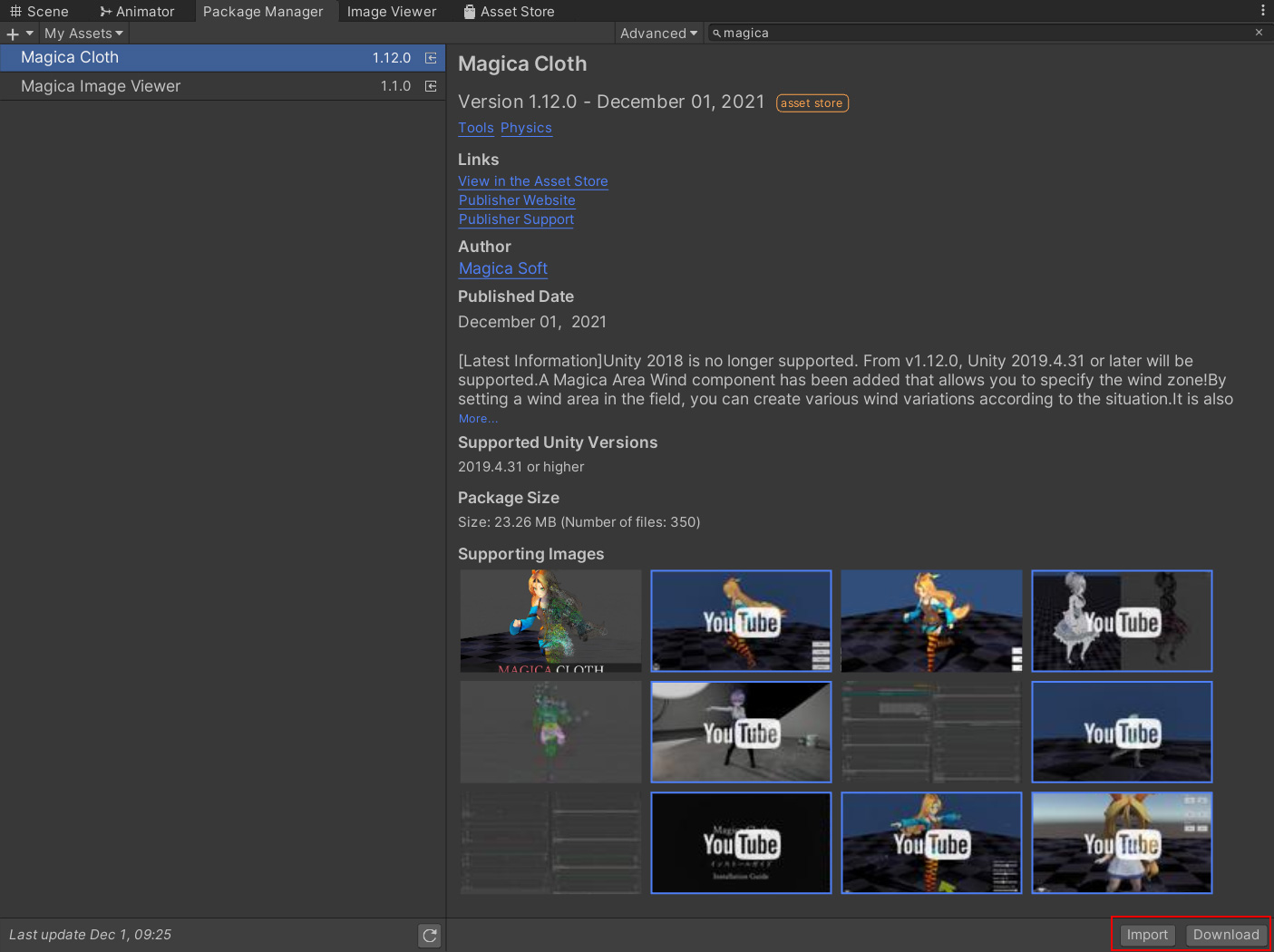 Let’s run the sample and test if there are any problems with Unity settings or the Magica Cloth package.
Samples are included in the Example / Scene folder.

Let’s run the sample scene.
If the hair and skirt of Unity-Chan are shaking without any problem, installation is complete.

Example folder can be deleted

The Example folder can be deleted if it is not needed.

How to check the version

You can check the currently installed version of Magica Cloth by the following method.
Select Tools / Magica Cloth / About from the editor menu. 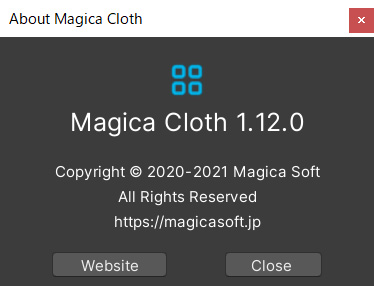 When building with IL2CPP for Windows, please do not set the [C ++ Compiler Configuration] setting to [Master].
This is because a bug in the Microsoft Linker can cause a crash, as described in the Issue Tracker below.

When building with Windows + IL2CPP, select the [Release] configuration as shown in the image.
Unfortunately, there is currently no other workaround.